Hang On! 6 Things People Later Regret Decluttering From Their Homes 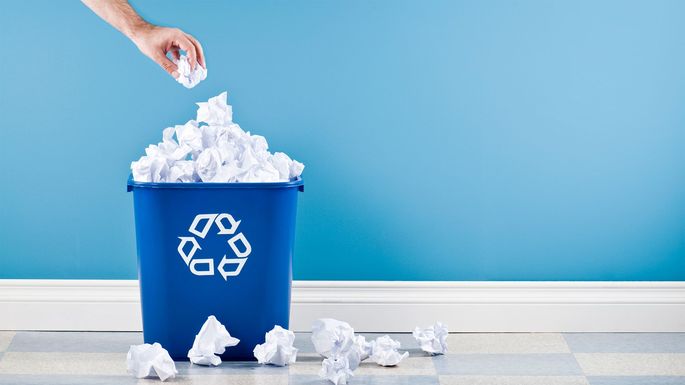 We normally don’t rue chucking unused kitchen gadgets or an old pair of shoes. But in the big push to do some high-impact decluttering, many people get rid of things they later wish they’d kept. For instance, I got rid of my grandparent’s Pendleton blanket (a nice memory from childhood sleepovers) when I moved across the country; I’d give most anything to have it back now. And a friend misses old letters from high school that went into the trash; but really, how much space do a few pieces of paper really take up?

So before you purge past the point of good reason, lean on some 20/20 hindsight and peruse this list of things that other people regret decluttering out of their homes. Who knows? Later on, you might wish you had hung onto them for dear life.

“For over 30 years, I was a freelance producer in film, mostly commercials,” says Ben Bryant of Los Angeles. “When I moved on to run my own video company, my wife and I did a cleanup and I tossed my work record books containing details of jobs, colleagues. and fees.”

The problem? “Who knew that 20 years later I’d write a memoir?” says Bryant. “That toss-out was a huge mistake.”

Maybe old papers and calendars in a home office don’t spark joy, but when going through documents, pause for a moment so you can be sure you’re making the right decision for the present and the future. When dealing with stuff, you have to be able to purge the junk and save what’s important.

2. Photos where you look less than perfect

Maybe you want to be ruthless about chucking those physical photos where you have red-eye. But look for who else is in the picture before you head to the trash bin.

“I’ve had clients that regretted getting rid of photos that they didn’t like of themselves but that also featured family members,” says Susan Santoro, a professional organizer at Organized31.com. “Later, they wished they had photos of those relatives that passed away.”

Simply declutter the photos that are duplicates or don’t have anyone meaningful to you in them. The remaining photos likely don’t take much room to keep.

Santoro recalls a client who regretted getting rid of his 1980s Guess jacket.

“He wishes he still had it for ’80s-themed parties, which, due to his age, are more frequent than he would have guessed back when he purged his wardrobe,” she says.

With clothing, the key is to get rid of anything that no longer fits, is torn, or you never liked in the first place. But hang onto those pieces that really capture an era of your life.

4. Items you like that just don’t fit in your current space

When Christie‘s (no last name given) grandmother passed away in 2013, each grandchild received a framed photograph she had taken of a nature scene.

“But at the time, I had no extra wall space to hang it,” says the Boise, ID, resident. The picture was put in her closet. Then in the midst of decluttering for a move, she decided to get rid of it. And it wasn’t until Christie saw similar photos in her sisters’ homes that she felt a loss.

“While I have items I received after my grandma passed away, I deeply regret not having this piece of art that she captured,” says Christie.

If you’re in the middle of a major life transition such as moving, hold off on decluttering anything with deep sentimental value. Even if it doesn’t fit in the house you have at the time, you may have space in your future digs.

5. Items you’re too young to appreciate

Jacquie Denny was a 23-year-old just getting started on her career when her mother decluttered the family home. Anything she wanted to keep needed to go or it would be tossed, her mom told her.

“I wasn’t thinking that I would want that goofy scrapbook I kept during my teen years,” says Denny, who later co-founded the estate sale service Everything But the House. “But now, it’s gone for good, and that black-and-white photograph signed by all four Beatles would be nice to have!”

Decluttering can be dangerous when you’re still young and the full value of memories haven’t yet sunk in. If relatives won’t hold onto items for you until you’ve grown up past cringing at anything having to do with high school, consider renting a small storage space to keep these sentimental items.

6. Real jewelry along with fake

Gilat Tunit, owner and founder of the Project Neat, had a client who accidentally threw away her mother’s heirloom (and very expensive!) necklace. Um, why?

“Somehow while decluttering her old costume jewelry, she threw out her mother’s very real necklace,” says Tunit. By the time the woman realized what she had done, the necklace was long gone.

Many times, we get overwhelmed by all of the things they have and the purging process becomes excessive. You don’t have to go full Marie Kondo! Take your time or you may regret what you get rid of, advises Tunit.

“Sometimes people get so declutter-happy that they make mistakes,” Tunit adds. You may want to consider hiring a professional who can manage the process, and help curate what stays and what goes.

Margaret Heidenry is a writer living in Brooklyn, NY. Her work has appeared in the New York Times Magazine, Vanity Fair, and Boston Magazine.

This content is not the product of the National Association of REALTORS®, and may not reflect NAR's viewpoint or position on these topics and NAR does not verify the accuracy of the content.

Find your next home

* Service You Deserve * The Group You Trust *

Please provide your name and email

Thank you for contacting us, we'll get back to you shortly.

Sorry, we are unable to send your message at the moment. Please try again later.